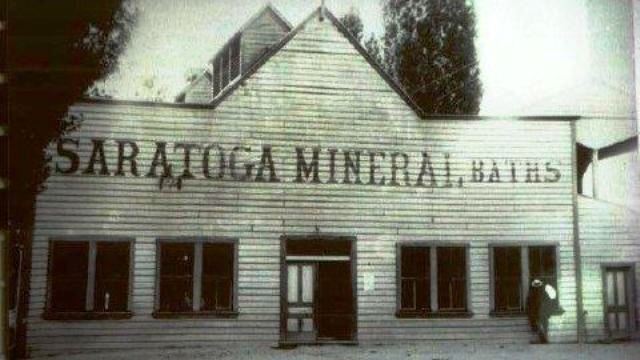 The City was formed and developed by a group of land owners desiring to develop lakeside and foothill properties and build upon the spectacular view and resort style history of the region. Near the mouth of the Jordan River, there are natural hot springs that inspired early settlers in the area to create a resort known as Beck's Saratoga Springs, named after the original Saratoga Springs, New York resort and Mr. John Beck the owner. The resort was opened in 1884 and also served as a home for the Beck family for many years. The area had several buildings and amusement park facilities and was a very popular location for tourists and visitors. Although the original buildings are gone, the resort area is now a part of a private development that contains an outdoor pool, clubhouse and a beautiful bowery and kitchen facility for groups and parties.

In the early 1990's, landowners began to investigate the possibilities of developing the land around the hot springs and in the foothill locations of Lake Mountain. The Utah County land development ordinances were not sufficiently urban in nature so several landowners sought incorporation as a town. Subsequently, Saratoga Springs incorporated in December of 1997. Several hundred acres have since been annexed into the City limits and the City now has a linear shape running north and south. The City contains over 21 square miles and runs from Pelican Point on the west side of Utah Lake over eleven miles north to the Camp Williams U.S. Army facility in the foothills between Utah and Salt Lake Counties.